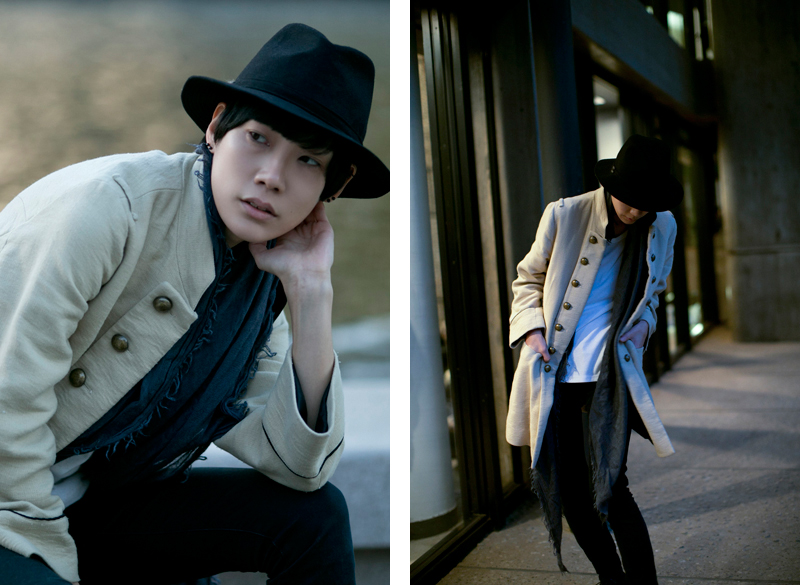 Here is the mannish style for adult. The point is long stole and hat. Unique item is only the coat. Innerwear is usual black pants and white T-shirt. Simple makes good balance. The basic color like white, black, and gray can become stylish by balance.